What is the original 360 VR chair? And what virtual reality games inside?

You are here:
China VR Factory 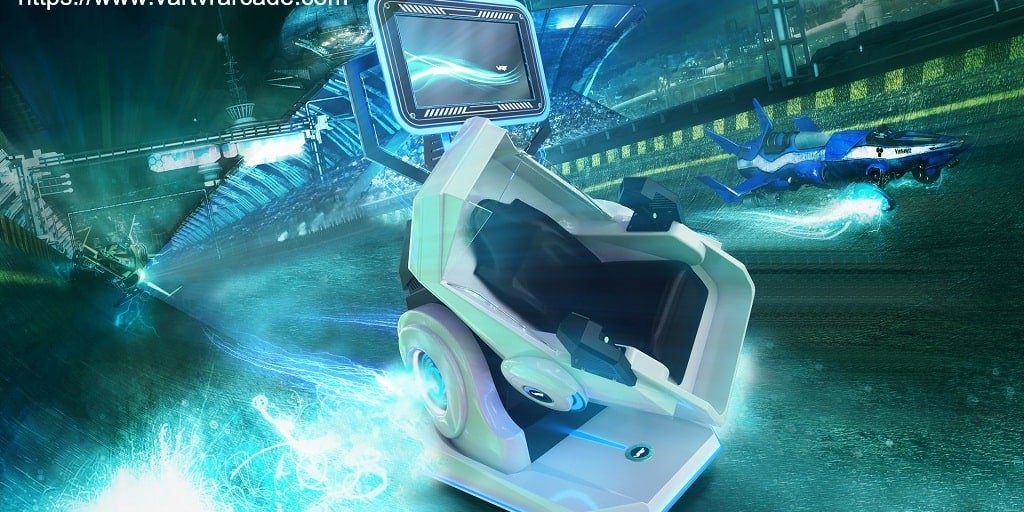 Shooting and rotating 360 VR chair created by VART VR, one of the earliest manufacturers of VR arcade equipment, and with our 20 years experience in the VR industry, 10 years experience within the immersive VR arcade industry as well as VART VR specific R&D team, the original VR 360 chair brings a whole new level of immersion to VR gaming and experiences. Boasting 360 degrees of rotation and 45 degrees pitching forward and backward action, the VR 360 flight simulator follows the 6 degrees of freedom principle allowing the player complete control over their game, such as controlling a spaceship in a 3D environment or experiencing a roller coaster through a densely populated city. Combining HiFi Stereo sound, high-resolution content and full 360 mobility, the VR cockpit chair breaks down the 4th wall between the virtual reality world and the real world, and with its stylish spacecraft-like design, the 360 motion simulator will quickly become the star attraction in any VR theme park or arcade. 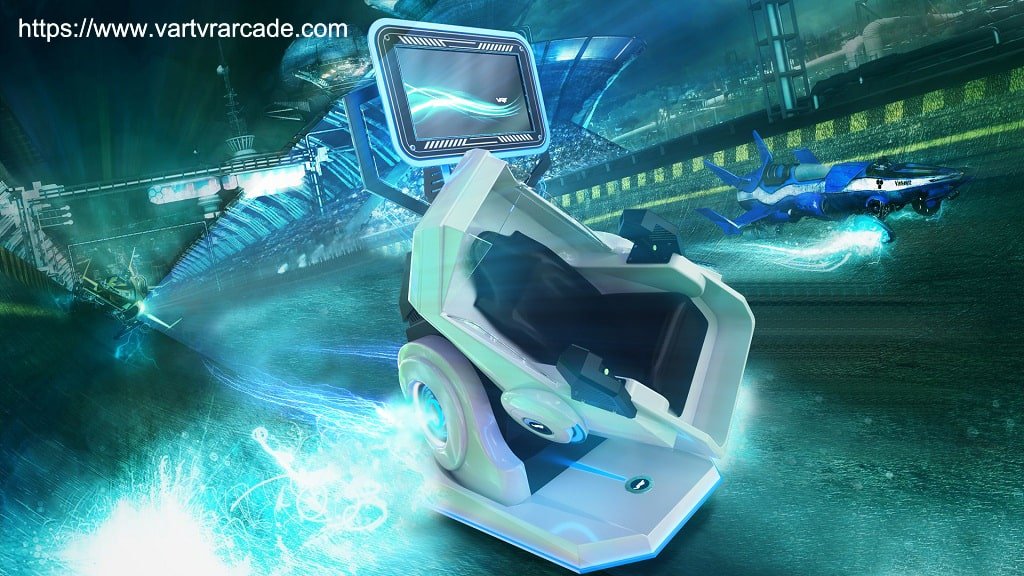 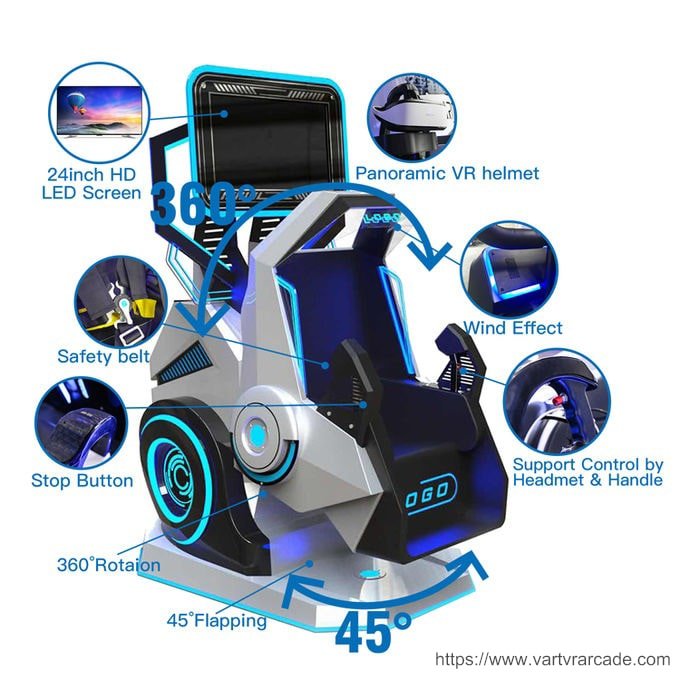 The VR 360 roller coaster combined with the DEEPOON E3C VR Headset, is compatible with a wide variety of original VR games taking advantage of the 360-degree mobility the chair offers. Its 360 degrees movement will have players feeling like they are truly taking part in a real roller coaster ride with its high level of immersion it can even make the strongest scream with excitement. The player can also take complete control of a futuristic spaceship engaging in thrilling deep space combat fighting against enemy spaceships whilst feeling every twist and turn in this 360 degrees environment. The games and experiences feature amazing graphics and exciting stories to keep the players immersed and entertained. This is all represented in stunning 1080p HD resolution with low latency and low afterglow which helps to reduce dizziness on the participant. The HiFi Stereo sound system brings the action to life with realistic sounds and the joysticks are designed with interactive buttons to give the players control over the games, enabling different game types, such as shooters and air combat games. With their own in-house developers many more VR games and experiences are being made to expand upon the 21 currently included with the chair, each receiving 12 months’ support and updates for life. 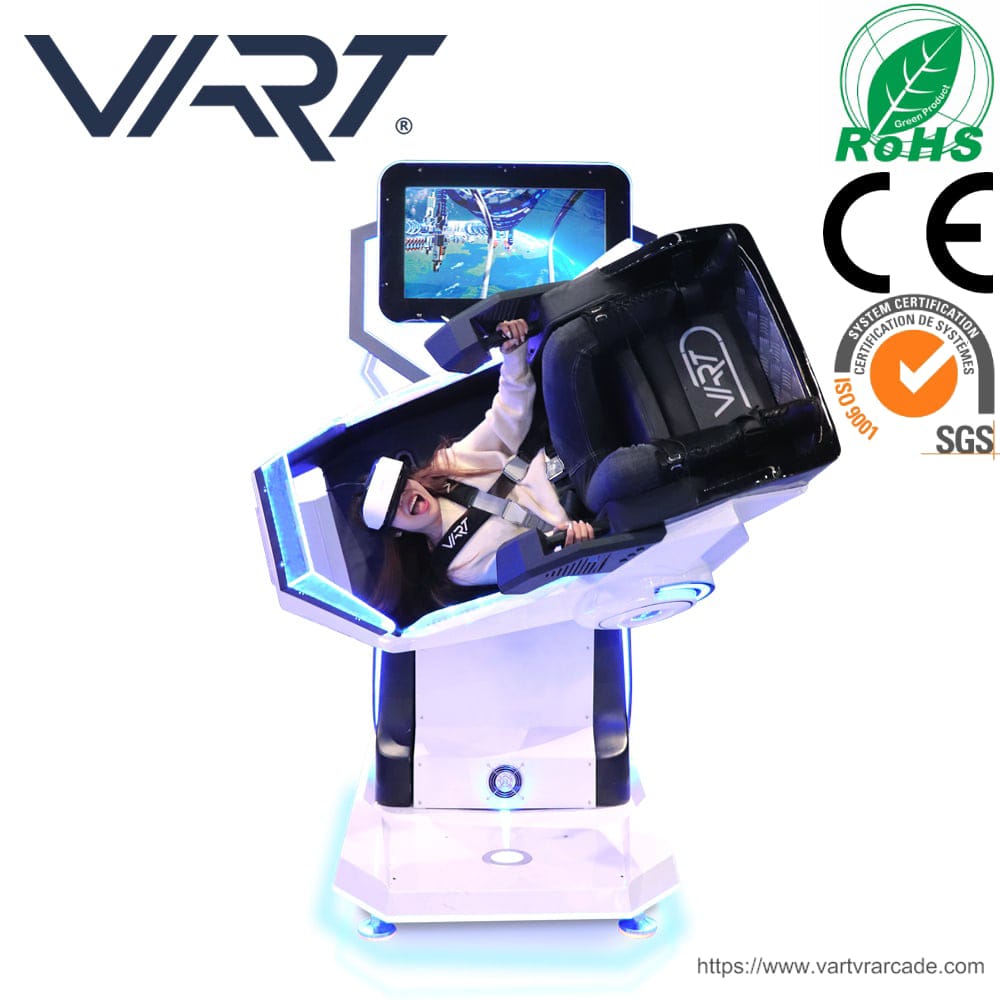 To ensure the chair is safe to use and of high-quality construction, VART VR has designed and produced the VR 360 chair according to European and American standards achieving approval from the CE, RoHS, TUV, SGS and SASO rating boards. VART has conducted extensive safety tests of the equipment and has included 5 safety seat belts to ensure the player remains seated in the chair, these straps help protect the player’s body, head, legs and feet to ensure they’re comfortable and safe so they can focus solely on the experience and to prevent the immersion from being broken. VART also aides with installation providing installation instructions and arranging for an installer to help you assemble the vr 360° flight simulator, VART also offer after-sale engineer support, to ensure any issues are resolved quickly, this includes a 1 year warranty period and around the clock online support and remote assistance. The VR flight simulator chair also features 2 emergency stop buttons ensuring they are easily accessible in case you need to be used. When pressed the experience is paused and the seat safely returns to its original position. This ensures a safe operation of the chair and the safety of the player using the chair. 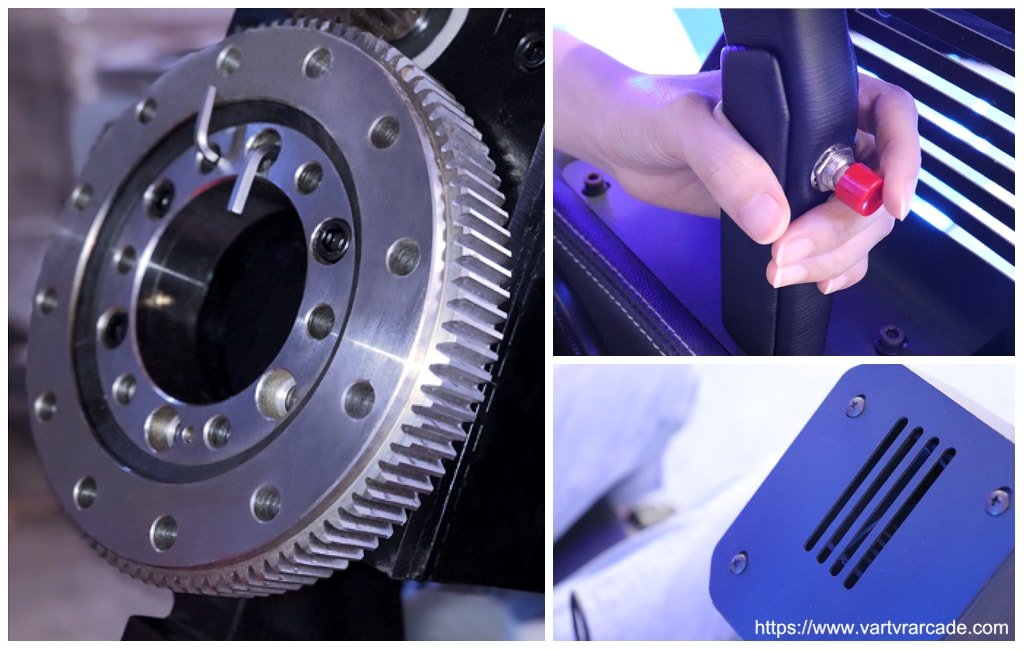 Built into the structure of the 360 VR cockpit chair is a 24″ 1080p HD LED screen for game synchronization and marketing purposes. The gameplay can be shown on the screen meaning individuals not taking part in the VR experience can see and share what the player is experiencing. This coupled with the chairs stylish and futuristic spaceship design and the overall uniqueness will attract many individuals to want to take part and experience the 9D immersive VR world for themselves. 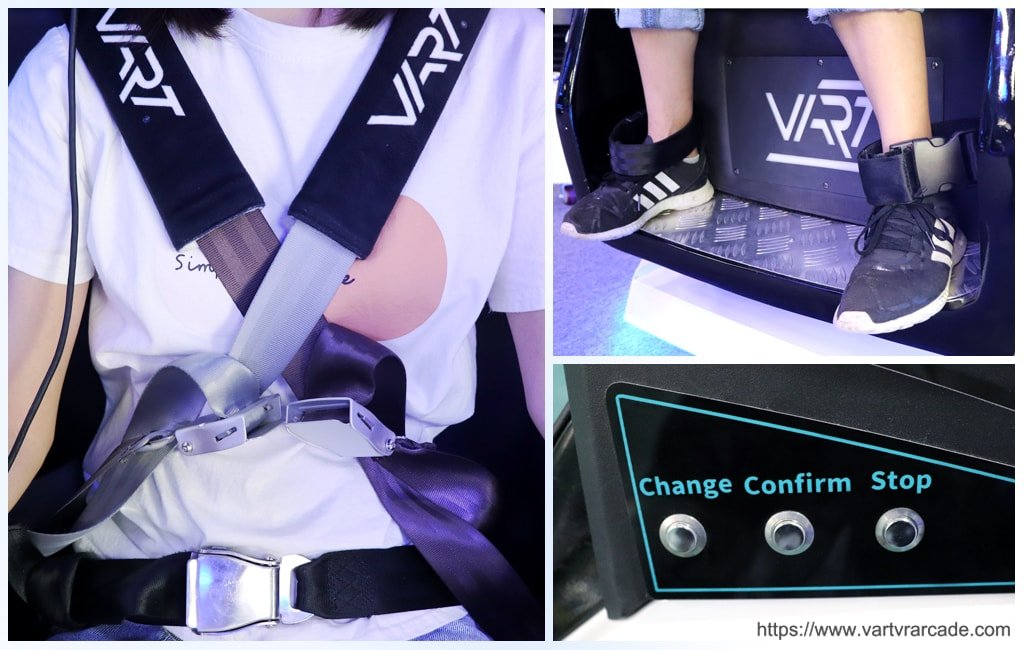 The most popular VR 360 chair in any arcade or VR theme park, the VART original VR 360 chair will be sure to bring the crowd. With its large library of immersive games and experiences, 6 degrees of freedom and 9D immersion experience, the chair will bring a truly breathtaking and awesome VR experience to your VR arcade or VR theme park in line with the companies vision to create happiness and dreams to people using VART VR technology.

Filmmaking is evolving: The VR egg cinema is the future of movies
December 23, 2020
Go to Top